It’s always fun to meet the “next” generation of Holsby students. For quite a few years, with very little exception, we’ve enjoyed meeting sons and daughters of our former students. This year we have four “2nd Gens” – all guys, and all from Canada! 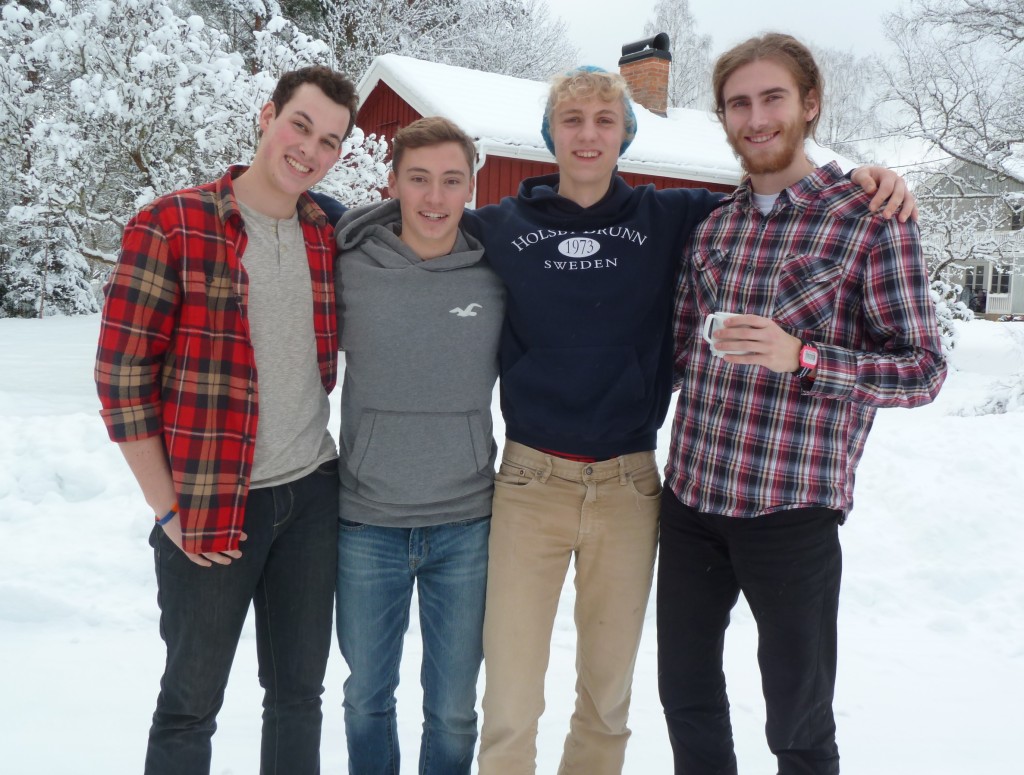 DEVIN WOODLAND’s father goes back the farthest – ANDY WOODLAND from school year 1978–79. The Woodland family now makes Three Hills, Alberta its home. Andy, together with his family, served in an Asian country for almost 12 years with Wycliffe Bible Translators. These were Devin’s growing up years. Currently, Andy is an immigration consultant, and also continues to do Bible translation for Wycliffe.

I asked the guys how much of a role their parent played in recommending Holsby. Devin said his dad talked more about the Bible school in recent years.

Asked to describe this year of Bible school in one word, Devin replied, “REST.” 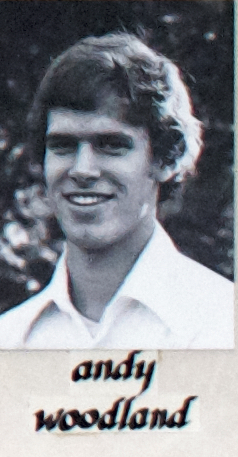 ANDREW DICK’s mom is SHARON DECKER Dick from the school year 1981-82. Langley, British Columbia is home, and Sharon is a stay-at-home mom. Andrew’s parents had the opportunity to visit Holsby last fall at the beginning of the school year. It is always nice to meet moms and/or dads of our students.

Growing up, Andrew always knew about the Bible school in Holsby, but he made his own choice.

Asked to describe this year of Bible school in one word, Andrew responded, “AWESOME.”

QUINN HAMMOND’s dad was a student in 1984–85 – ANDREW HAMMOND.  Home for the family is Abbottsford, British Columbia. Andrew owns his own geo-therm company.

Quinn, whose sister, Jill, was also a student here a few years ago, was influenced by what he heard about Holsby as he was growing up.

Asked to describe this year of Bible school in one word, Quinn answered, “CRAZY.” 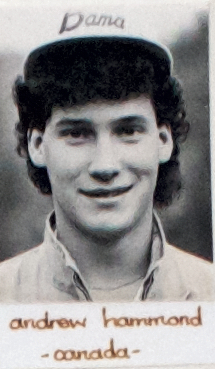 BRADEN KEHLER holds the unique distinction of having both parents attend Holsby, and in the same year. MIKE KEHLER & MELANIE SAMUELSON Kehler (who came as a couple) were students in 1986-87. Calgary, Alberta is their current home. Mike is an investment banker, and Melanie is a stay-at-home mom who home schools.

Braden heard a lot about Holsby in his lifetime, but made his own choice. He liked that Holsby was a smaller school.

Asked to describe this year of Bible school in one word, Braden replied, “RELAXING” (change of pace). 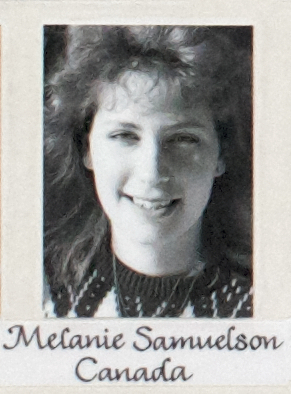 We invited the guys to our home one afternoon for a special Swedish treat – smörgåstårta! (“sandwich cake” in English).  We enjoyed talking and sharing stories together. But it was a special delight to take out the book featuring 40 years of picture boards at Holsby, and see all those “parent pictures” from so long ago! 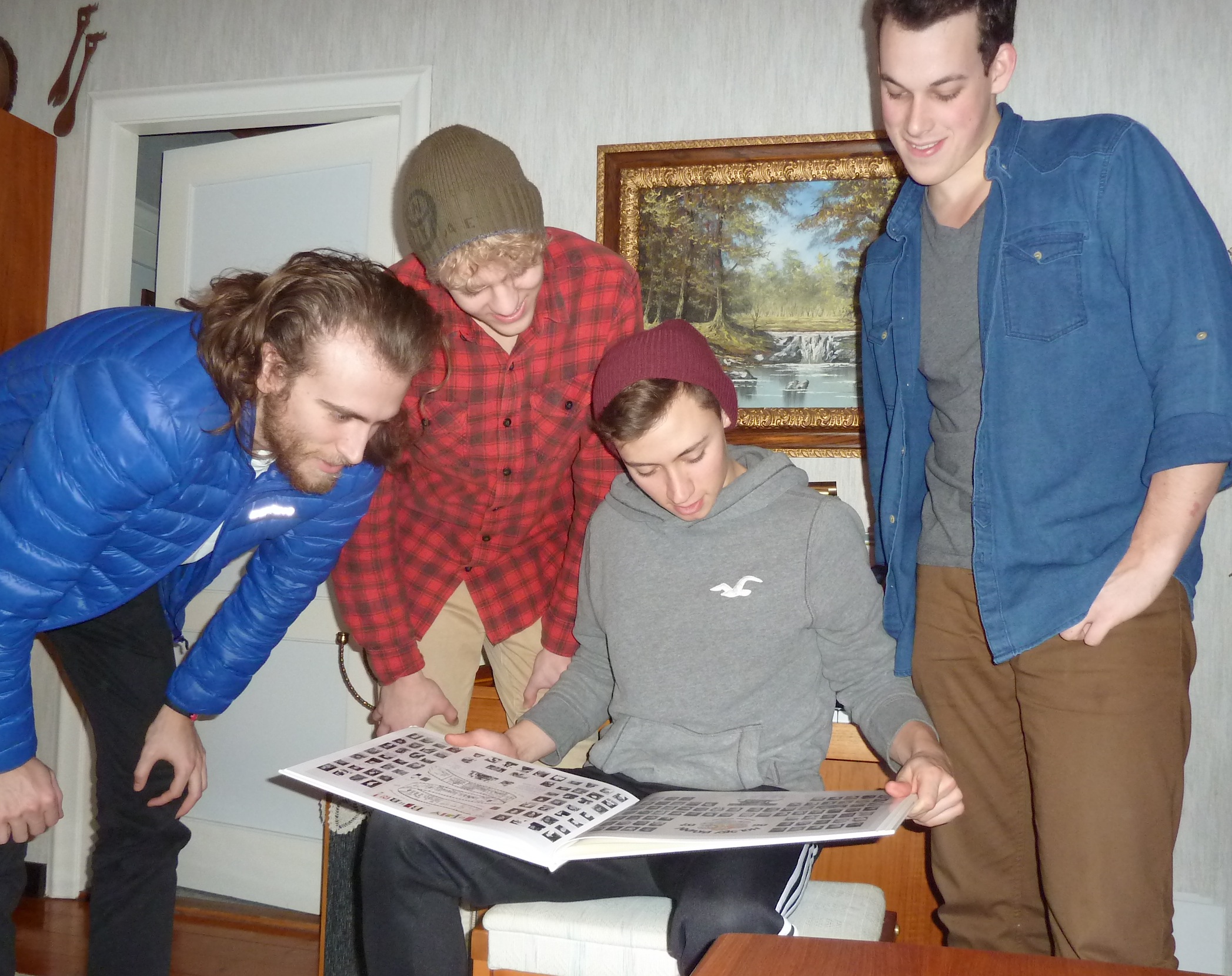 Being in ministry in and around Holsby for about half of my life has been a true joy and I’ve grown in the process. My role is smaller, but it is still an encouragement to be a part of the whole picture – doing a wee bit of teaching, participating with students in the Österliden outreach and hosting a family group during the school year. Correspondence with Holsby friends around the world, as well as other contacts, keeps my computer going many hours a week – as does keeping our home open to those who want to come. Our family includes 2 children, 5 grands, and 4 great-grands (with one on the way). Wally is my husband, and Psalm 70:4 is our verse.